Moving to another country is an exciting and rewarding experience; however, it would be unfair to say that's not sometimes a stressful experience too. For many people, the problem often comes down to a lack of knowledge. There are a number of mistakes that can literally wreak havoc on a move.  Make sure you know what mistakes to avoid.

Stick with organizations that have experience with international moves. The moving company will be responsible for preparing your belongings for international shipment, which is generally done by ship carrier. Getting a shipment through isn't as simple as dropping it off. There is a long list of customs red-tape that must be sorted through first.

If the moving company doesn't complete every section of the paperwork properly, you could arrive at your destination and your belongings may still be stateside or they may arrive at the destination port but not be released. Trying to figure out the problem when you're thousands of miles away takes more than a notion.

Waiting Until The Last Minute

With a local move, you might be able to wait until a week before the move to start organizing. With an international move, the sooner the better. The moment you know you're moving, it's time to start putting your plan in motion. This is primarily important due to international restrictions.

For instance, many countries require that pets be medically cleared before allowing entry. It's not enough to say your pet is healthy. This must be validated with a health inspection certificate from a veterinarian, which involves a thorough health examination. If you don't have this information at the time of travel, you'd be forced to leave your pet behind.

Forgetting You're Moving To A Different Country

Every country offers a unique experience and the United States is no exception. With that being said, there are many liberties extended in the U.S. that aren't as acceptable internationally. Don't forget that you might be leaving behind some of these freedoms.

For example, in the U.S., when moving from state to state with a firearm, as long as you have the necessary paperwork, you're generally fine. However, there are some countries that don't allow you to bring in firearms, even if they are packed away in a shipment. Being in possession of the firearm can leave you facing harsh penalties and even deportation, even if it's an honest mistake.

Avoiding mistakes often begins with the right moving company. Partner with an international moving expert that won't just help you transport your goods to another country, but also your life.

For international movers and packers, contact a company such as GHC Movers and Packers. 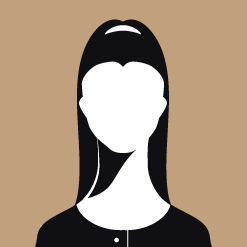 There are many steps in packing and storing items that will ensure that the items you pack away remain in good condition until you are ready to retrieve them. If you aren't experienced with packing things for long-term storage, this blog can help. You will learn tips to help make the packing process more efficient, more protective and just plain better for each thing you are storing. We hope that following the detailed instructions listed here will solve any issues that you come across as you prepare these different things for storage in a storage facility that is near your home.